The Daedalus was the first model I built from LEGO® bricks, and over a number of years I have made various attempts to build it, finally reaching the model I have now. At each stage, I changed the way I designed the ship and developed new building techniques. In this model, a big change is the focus on detail.

I researched every aspect and detail of the actual ship, and replicated each of them in LEGO® bricks. There were no exceptions. I had to develop a way of perfecting this accuracy through proportions. I did this mathematically through the key measurements, using a ratio. I measured two sections on an image of the actual ship and ensured the same two sections on the LEGO® version shared this ratio. If any proportions were incorrect, it affected the detail of the rest of the model.

The other big difference between this and earlier models is I had a huge range of extra pieces available. This allowed me to articulate every detail. The building process took so long because at the beginning I didn’t have the parts I needed. This is when I started purchasing parts brick by brick. 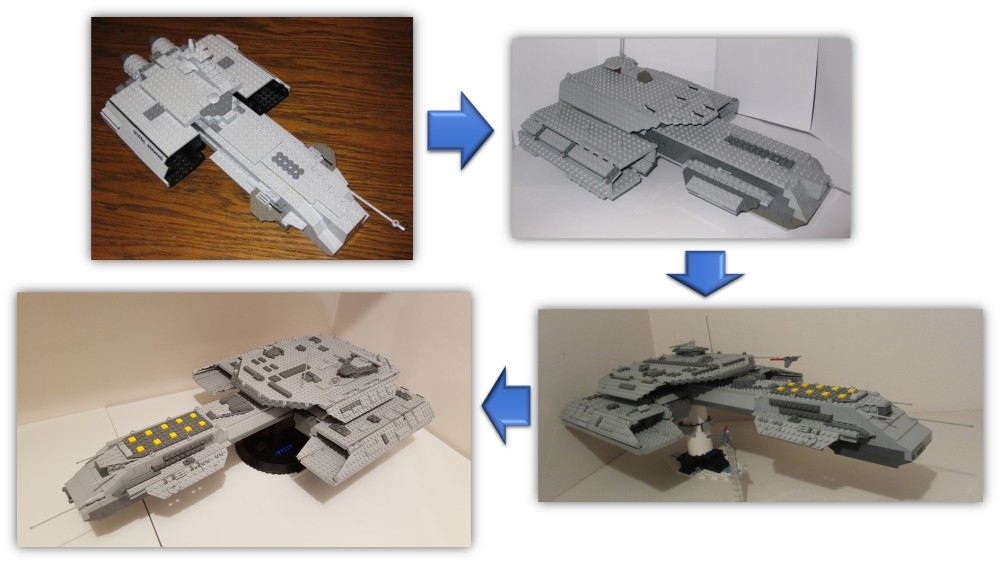 In the building stage, I started with the front of the ship, and worked my way to the back, adding the main details as I went, and the more extensive details at the end. When I build, I like to see the big picture as soon as possible. So, I generally build the skeleton of the model first and add to it. This creation was no different.

This year, I updated the model again. I strengthened parts and modified some of the details before it went on display at Oz Comic-Con Melbourne. You can see some of the differences here.

The Daedalus seems to be a very simple design in general, but looked at in detail, there are some extensive challenges. These included the hangars and the main engines – both took the bulk of the time spent on the project.

The difficulty with the main engines was they needed to be slightly larger than the 4×4 stud round piece I planned to use (this size and associated pieces ended up being used for the secondary engines). Eventually I developed a design to create the round engine from scratch rather than using engine pieces. This involved creating 8 separate modules and using hinge pieces to create the round look. I was very happy with the end result, and I feel it reflects the detail of the engines better than using a single piece would.

The hangars were difficult to build because I had to achieve the complex angles at the front and on the sides while ensuring it was stable and sturdy. I also wanted to create the ‘door’ at the front, and incorporate the engines into the hangars, providing detail on every side of the ship. 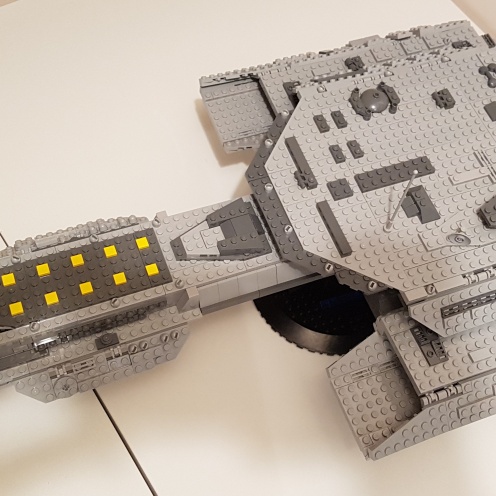 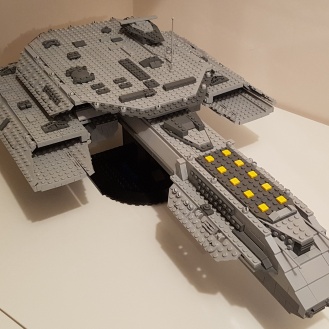 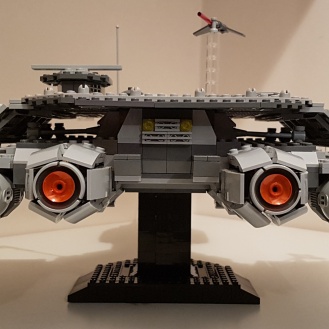